By now everyone has seen the comments made by one Greg Gopman, founder of a company that is headquartered in San Francisco. Like Peter Shih, who referred to San Francisco’s transgender community as dangerous and its women as ugly, Greg too found a way to – and I’m using a gentle word here – disparage the existence of some of San Francisco’s residents.

He went on to describe, in comments defending his position, San Francisco’s homeless population as the, “lower part of society,” “degenerates,” and claimed that “there is nothing positive gained from having them so close to us.” Likewise he suggests we should move homeless shelters, methadone clinics, and other types of “that shit” to Daly City. Ultimately he half-heartedly apologized, and I use this adverb because I do not believe he would have apologized if his post had not received widespread media attention. But, that is my opinion. I don’t know Gopman personally and cannot give you a definitive statement on his motives.

What resulted was an onslaught of rage towards Gopman, which I contributed to. Now, I vocalized my opinion for two reasons:

1) I am a native San Franciscan: my family has lived here and in the Bay Area for 4 generations. This is my home.

2) I work in the tech industry, and I am embarrassed by the attitude and behavior of many of my contemporaries.

I want to emphasize that what happened here is an example of a larger trend. I will not spend my time getting caught up in a debate on the issue he surfaced. There is an undeniable problem with homelessness in San Francisco, just like there are problems with public transportation in San Francisco. The realities of these issues cannot be debated, because they are in fact reality.

What Gopman, Shih, and others have shown us is an attitude problem among many in the tech industry that is characterized by self-nominated elitism and a the total lack of concern towards the community that is making them millionaires. This is underscored by an apparent lack of empathy, as Gopman displayed, which fuels the poisonous narrative of an “us vs them” community.

A good example of tech elitism and the lack of empathy that drives it is one of the responses to Greg’s apology on Facebook, and the 6 likes it collected. What follows is 7 confirmed people who support putting the homeless into labor camps:

You guys, she’s TRAVELED places. Someone give her a Nobel Prize.

It is disheartening to watch your city fill up with people who don’t care about it. They are predominantly from out of town, claim San Francisco as their own, and then bash it to high hell typically because it is dissimilar to wherever they came from. Recently, Ivy League grads and other highly-motivated people, who likely would have gone into finance 20 years ago, recognized the money to be made by enterprising out West. Suddenly the tech scene stopped being about making incredible products and changing the world, and turned into a capital-raising frenzy in a race to be under 30 with X amount of dollars in the bank no matter how it impacted the community around them.

On the other side, there is a decent amount of rhetoric that slams the tech community for existing at all, which perpetuates the toxic “us vs them” mentality. I understand the pain – inflated property values, gentrification, outsiders displacing locals – each of these issues is deeply important and gets my ire up, too. But anyone who looks at San Francisco and claims it should stay the same does not understand who San Francisco is. This city is dynamic, and that is the one attribute that characterizes it most. 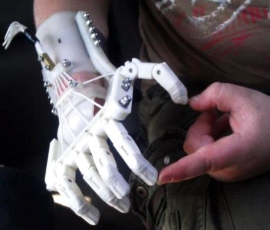 We should also not be so quick dismiss “technology” as an industry. I’ll be the first to admit that tons of startups are total noisy bullshit, but let’s not forget that being able to play host to some of the most breakthrough technologies in history is a great honor. Here we have 3D printing which will give people everywhere the option for low-price prosthetics and organs, social platforms like Facebook, Twitter, and Reddit that allow us to connect with others and share information faster than ever, and services like Change.org, Glassdoor, and Yelp that enable us to demand action and transparency from the companies that create products for us.

Similarly, these tech companies, including those that provide buses for their employees (Google, Apple, Facebook, Genentech, EA, etc) collectively provide jobs for hundreds of thousands of people in the Bay Area alone. To complain about them using buses is narrow-minded and unproductive. I used to ride one of those buses to work every day, and I can guarantee 99% of people aboard are aware of the privilege.

There has to be a middle ground, and it has to come from both sides. Together we need to stop perpetuating this “us vs them” mentality because it distracts from the issues that so desperately need our collective energy.

To Techies: We need entrepreneurs and techies to become citizens of this community, rather than electing to exist “above” it. There are consequences to the actions you take, consequences that affect the people around you. By trivializing that community, you contribute to the unwarranted attitude of tech elitism and entitlement that is garnering critique from the city that is hosting you.

You must develop a sense of empathy for the issues that you directly influence, and understand that while Tech is what brought you here, there exists a universe outside of it. For example, when Silicon Valley money makes you rich, you must understand that by offering $1000/month over the asking price on a rental property in SF another landlord will likely evict long time tenants so they can go condo to take advantage of that kind of money.

To Locals: Likewise, we need locals and residents accept that in an entropic universe change is inevitable, and that we must focus our energy on things like continuing to help rehabilitate the homeless, rather than holding people on a bus hostage. It’s unfair to blame all of our problems on any and all tech people, the majority of which are just trying to make it through the day and come home to their families. Let’s redirect our justifiable anger towards those who earn it, like Greg Gopman, and use the remaining energy to address the problems he so poorly described. I should mention this DOES NOT include putting SF’s homeless in concentration camps. Sorry Ms. Zhang.

4 thoughts on “San Francisco’s Tech Culture: A Plea for Compromise”